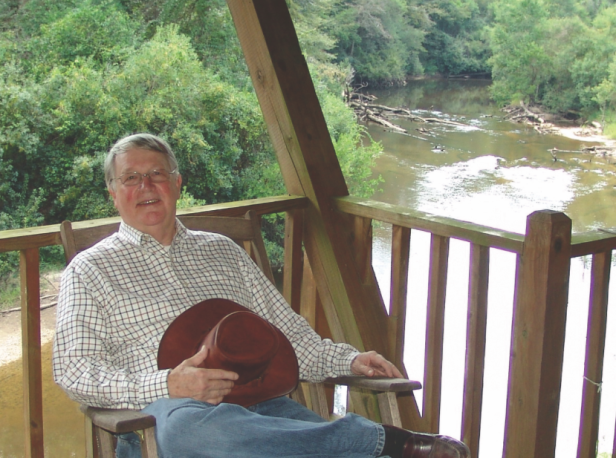 Bogue Chitto Flats is the first book published by author John Case. In this collection of vibrant and heart-warming short stories, John invites the reader into his tales of the people he knew and the stories he heard while growing up in his hometown in rural Mississippi, where storytelling was an art and most likely the main source of entertainment. These stories were formed as far back as grammar school and began to prompt John’s literary interest as early as his college days.

John was raised in the small crossroads village of Bogue Chitto, Mississippi, but attended school in the larger town of Brookhaven. His life experiences are both rural and urban.

John  is now seventy years old and does not consider writing his career.

Most of these stories have been published in Slidell Magazine where he writes a monthly piece under the moniker “The Storyteller.” The real things John saw in his youth in black and white, he now shares with us in Technicolor.

John’s talent is in creating and telling a story, using rich characters and scenes that fill the reader’s mind with images of days gone by and life as it was in rural America.

John hopes that, as his readers delve into these stories, they will get a glimpse of something or someone they once knew, and that his tales leave them with a positive feeling about the way we are.

” I have no writing group. I tried but they spent too much time arguing about punctuation. Write the story, Get a professional to punctuate it.”

John offers this advice to young writers: Don’t anticipate making money. Dream but write in spite. Do not trust most of the publishers who say they will make you a star but expect you to pay them something. Get in writing what they will do for you and hold them accountable. I suggest you totally self-publish at first.

Who designed your covers? The cover was my idea but the photo was by a high school classmate Ann Moak Sasser.

He offers this advice for other writers: “Keep a journal. Every day.”

John  is now seventy years old and does not consider writing his career.  John is a graduate of the University of Mississippi. He is an Independent Insurance Agent in Slidell, Louisiana, and is married to Brenda Lowry. They have two sons, Chris and Alan.

Bogue Chitto Flats is John Case’s first attempt at a published collection of his short stories. The stories came from insights he inherited living in  rural Mississippi.