Janet W. Ferguson grew up in Mississippi and received a degree in Banking and Finance from the University of Mississippi. She has served as a children’s minister and a church youth volunteer. An avid reader, she worked as a librarian at a large public high school. She writes humorous inspirational fiction for people with real lives and real problems. Janet and her husband have two grown children, one really smart dog, and a few cats that allow them to share the space.

I grew up writing in a journal, and wrote an article here and there for my church. I didn’t seriously think about writing fiction until about ten years ago. I had an idea for a story about a character learning to live with anxiety that occurred due to a tragic accident.

Twenty-five years ago, a car ran a red light and crashed into the vehicle I was a passenger in.

AT the time, I was pregnant with my daughter. Time seemed to move in slow motion as I watched the car coming toward us. I left in an ambulance because of neck pain, but my fear was for my unborn child.

She’s twenty-four now and fine, but what I didn’t know would stay with me besides some aggravating neck problems after that wreck…was anxiety.

Because I’m open about my anxiety issue, over the years I met a lot of people who confided that they too had panic attacks, or some suffered from depression, bipolar, or some other brain disorder. What I found that hurt my heart was that, not only did these people suffer from some disorder, that in and of itself was miserable, they often suffered from shame because of it. Embarrassment. The feeling that no one would understand. That people would think, like I used to, they should just get over it. People like me before I suffered my own first panic attack.

I wanted to write a story showing that no matter what our weakness or problem or disorder, we are all still useful. We can be a part of doing good things even while we are still suffering. Sometimes we have to accept ourselves and look outside of that–look outside and see how we can be a good friend, a good family member, a listening ear, a volunteer, do a job that we can do. We must know that God still loves us.

I kept waiting for the right time to attempt to write the story, a better time to start such a daunting project. Writing a novel seemed pretty overwhelming. In 2012 my mother lost her battle with Alzheimer’s on February 29th. April 6th, my mother-in-law died suddenly of a plural embolism, then May 6th my elderly father passed away. In 67 days, my husband and I became part of the older generation in the family.

The grief at losing parents was hard, but the realization that life was short stirred my desire to write. To write to make a difference. So I began my first novel, Leaving Oxford, set in Oxford, Mississippi. 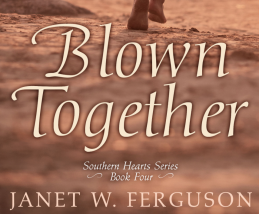 My writing is contemporary style using faith and humor. Somehow the story also became a romance. Parts are like romantic comedy, while other parts might require a tissue or two.

Is there a message in your book that you want readers to grasp?

God loves use all, and He can use us for good things, no matter our weakness, when we put lives in His hands.

Are your writings based on someone you know or events in your own life?

Though the writing deals with anxiety, which I’ve suffered, the story is completely different than my own real life events.

What books or type of books have most influenced your life as a writer?

Francine Rivers, Lynn Austin, and Charles Martin are Christian authors who’ve proven the power of story to me with their works of fiction.

I’m a member of ACFW, American Christian Fiction Writers. It is very encouraging to be in this national group. I have critique partners all over the world who write in my genre. We critique, encourage, and help market each other. The organization offers free monthly online classes. We also have a lovely national convention with classes, dinners, and worship. There are opportunities to pitch at conferences.

What book  are you reading now?

Several… but one comes to mind, Lisa Wingate’s The Sea Keeper’s Daughter.

How do you help new writers?

I direct them to writing blogs. I have a Pinterest board called Great Articles on Writing. I also direct them to other writers groups that might be helpful to them.

Are there any new authors that have grasped your interest?

Maybe just new to me was Joanne Bischof. I loved her novel The Lady & the Lion Heart.

Kara Isaac is an author I know from New Zealand who writes adorable romantic comedies. Her debut was last year, plus she has two others that released.

What are your current projects?

I have four novels out in my Southern Hearts Series, but I have a new novel at the editor not part of that series. It’s set in Ocean Springs and deals with the emotional aftermath of Hurricane Katrina in the heroine’s life. It’s called Magnolia Storms. I hope to have a release date soon.

Who has supported you most and how?

My husband gives me time and money to pursue this passion. My daughter, sister, and one niece have helped read through many first and last drafts. I have several friends who have cheered me on, too!

Do you see writing as a career?

Yes. I work hard on it almost every day, even if it’s just the business and marketing portion.

If you had to do it all over again, would you change anything in your latest book?

My last book was a romantic comedy called Blown Together. I loved writing it, although a few people had a hard time relating to the quirky heroine, especially if they hadn’t read the first three in the series. I don’t think I’d change it, though.

Is there anything you find particularly challenging in your writing?

Thinking, ha! My brain gets tired. My stories have to brew for a while. I can’t seem to force them out before they are ready.

I am enjoying Lisa Wingate’s later works. I loved The Story Keeper and The Prayer Box.

From the regular fiction market, I’ve enjoyed Karen White’s novels, especially the ones set near our area like The Beach Trees and A Long Time Gone.

Who designed your covers?

What was the hardest part of writing your latest book?

Delving into the question of where is God when our prayers seem to go unanswered. He is there, but not always in the ways we expect or even demand, at times. We can become disappointed, but His ways are better and higher. It’s difficult to digest in the moment, though.

Do you have any advice for other writers?

Join a writers group, read about the craft of writing in your genre, take classes and read blogs/books about writing in your genre. Don’t publish too soon. I rewrote Leaving Oxford for four years before it published. Many novelists take longer with their first. (The later novels didn’t take that long) You need a professional editor in your specific genre.

Don’t get ripped off.. There are a lot of people/companies out there trying to get your money. Ask people who have published well how they did it.

Do you have anything specific you would like to say to your readers?

What are your hobbies?

Reading, walking, and hoping to go to the beach soon.

What TV shows/ films do you enjoy watching?

Hmmm, my husband and I watch fictional shows about solving mysteries or crimes or conspiracies, like Elementary, for example. I forced him to watch Downton Abbey and now Poldark. We watch some science fiction and time travel shows. I like good stories without too much violence or nudity or cursing. They are hard to find sometimes.

I could live on potatoes, but I’m not picky. I enjoy most foods. Blue is my favorite color always. I love the beach! Whether at Fort Morgan, Alabama, or like when I went to Italy with my son and put my feet in the Mediterranean, I love to watch the sea.

If you were not a writer, what else would you like to do?

I’ve had a lot of careers, and they all had their good points. I worked for a brokerage firm, managed property, was a children’ministerer and later a high school librarian, so I’m not sure what’s next after writing. I hope to follow wherever God leads.

You can find my books here. http://www.janetfergusonauthor.com/books.html

I also contribute at Inspy Romance and Heartwings blogs once a month. Check out the authors and prizes!